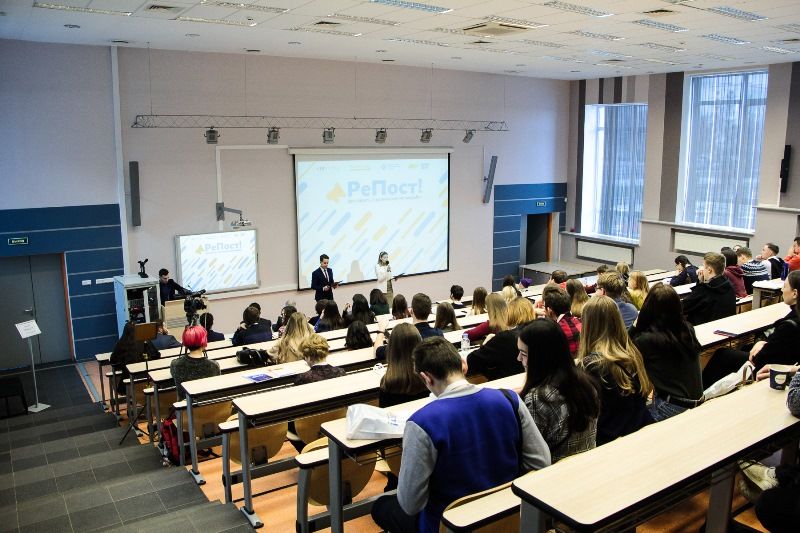 On October 31 and November 1 of this year, the student media festival “Repost” was held at the St. Petersburg State University of Telecommunications named after M. Bonch-Bruevich (Russian Federation).

The goal of the student media festival is to support the creative activities of gifted students in the field of media, the development of communication between students and the creation of a unified information environment for the exchange of experiences among students. Representatives of our university took part in this media festival: Dean of the Faculty of Television Technologies Nuraliev Fakhriddin Murodillaevich, Assistant of the Department of Electronics and Radio Engineering Baizhonova Lyudmila Egamberdieva, Senior Lecturer of the Department of Telecommunication Engineering Turgunov Bekzod Abdivositovich, Senior Lecturer of the Department of Telecommunications Oksana Vitalievna, Assistant of Department of Information Technology, Fergana Branch of TUIT Akramova Gulёra Abdukhalikovna. Only 6 teachers from TUIT.

During the media festival, Dean of the Faculty of Television Technologies Nuraliev Fakhriddan Murodillaevich presented the participants of the festival with detailed information about the wide possibilities of the Training Media Center, which recently opened in TUIT.

It should be noted that at present 6 teachers of TUIT (and Fergana branch of TUIT), with the active support of “El-Yurt Umidi” Foundation, are taking part in monthly continuing education courses at the St. Petersburg State Telecommunications University named after M.A.Bonch-Bruevich.