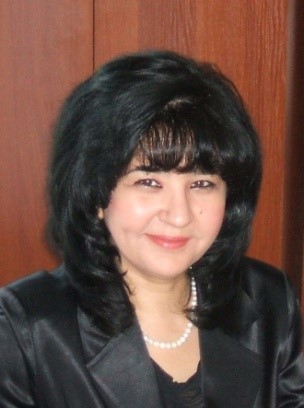 Head of the department:

N.R. Makhkamova is also a member of the Specialized Council at the Institute of History of the Academy of Sciences of Uzbekistan and the National University of Uzbekistan.

Currently, within the framework of innovative cooperation, N.R. Makhkamova is a participant in a number of scientific projects carried out by the Institute of History of the Academy of Sciences of Uzbekistan.

Subjects teaching in the department:

Professors and teachers of department:

SCIENTIFIC ACTIVITY OF THE DEPARMENT

Scientific theme of the department:

Scientific potential of the department is 30%.

Tashkentanbaeva Diera is a basic doctoral student of the Institute of History of the Academy of Sciences of Uzbekistan. Scientific consultant - doctor of historical sciences, Professor Mahkamova N.R. Theme of the Dissertation: "Problems of socio-economic and cultural life of colonial Turkistan in English-speaking historiography".

Bakhtiyorzoda Oydinhon is a doctoral student of the Institute of History of the Academy of Sciences of Uzbekistan.Scientific consultant - doctor of Historical Sciences, Associate Professor Mahkamova N.R. Theme of the Dissertation: "History of geology of Uzbekistan in the twentieth century: formation and problems of development"

SCIENTIFICAL-METHODICAL RESEARCHES IN THE DEPARTMENT

ECONOMICAL CONTRACTS BY THE DEPARTMENT

Spiritual and educational work of the department.

Teaching staff of the department on a permanent basis are conducted in the framework of the university, as well as in mahallas, industry enterprises, in the academic lyceum at TUIT and branch vocational colleges, hostels of TUIT students, events dedicated to the most important events of the political, socio-economic and spiritual life of the Republic of Uzbekistan. The Department of Humanities also works closely with the Humanities Departments of the TUIT branches. Within the framework of this cooperation, joint activities are carried out on spirituality and enlightenment.

The address of the department: C-block, 3-floor, room №240