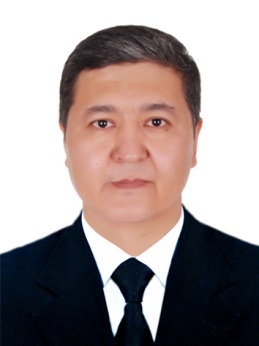 The department was organized in 1960 under the name "Radio receivers". To the position of head of the department was appointed senior teacher Mansurov R.I. During its existence, it was headed by Candidates of Technical Sciences, assistant professors V. Prakhov. (1969 - 1980) and Vasilyeva M.G.(1980 - 1993).

Since 1993, the department was headed by Doctor of Physics and Mathematics, Professor, Academician of the Academy of Sciences of the Republic of Uzbekistan Radzhabov TD He is also a member of the International Academy of Telecommunications, the New York Academy and the San Francisco Production Academy, and the Association of Natural and Social Sciences.

In 1997, the department was transferred to classes on radio transmitting devices, it became known as the Department of Radio Communication Devices.

The lecturers of the department were the first to prepare audio recordings of lectures and time diagrams explaining them, electrical diagrams, drawings, slides when organizing classes in disciplines, modular and block methods. In conducting these works, senior lecturers Vasilyeva MG, Prakhov V.I., Goldfeld L.N. and senior teacher Karelina E.V.

In 1999, the department organized its branches on the Tashkent Television Tower and in the Akadempribor Scientific and Production Association of the Academy of Sciences of the Republic of Uzbekistan.

In 1996, she was transferred to the faculty of the RRT and renamed “Radio-relay and satellite communication systems”.

Starting from the 2003–2004 school year, it became called the Department of Radio Engineering Systems (RTS).

In 2004, a grant from Motorola at the department was equipped with a computer class, in which students also performed laboratory work in the disciplines studied.

Teachers of the department conducted state budget and contract-based research work. A special place among them is occupied by such topics as the use of an artificial Earth satellite in collecting, processing and managing the Aral Sea water basin, the problem of distributing digital broadcasting and television programs through satellites, the development and research of methods for remote measurement of the main characteristics of communication systems and channels. According to the results of the research, a number of scientific articles were published, Arslanov A.R. LeventhalI.Ya., PhD theses were defended.

Teachers of the department conduct classes in the following disciplines:

Directions of the department:

Educational and methodical work of the department

At the department on an ongoing basis, conducted research and problem projects. The results of research are tested in scientific seminars and published in the form of publications:

Fields of application of the knowledge gained, employment of graduates

The main companies offering jobs to graduates of the program are:

The department of "Mobile Communications Technologies" annually works with gifted students. These students are assigned to the leading teachers of the department. Consultation and design work is systematically carried out. There are positive results. Student 4 courses gr 424-15 Davronbekov N. D. is a scholar of the name of A.R. Beruni

The department has a radio cup "YoshMobilchi", where gifted students with great interest work with technology, create their models and clearly demonstrate them at scientific and technical exhibitions. There are happy certificates. For example, with his own hands, students of the TMS department designed and assembled an educational laboratory stand dedicated to the study of the elements of a wireless communication system.

Also at the department annually provide for educational work with students of colleges and lyceums.

Work is underway to monitor the employment of TUIT students.