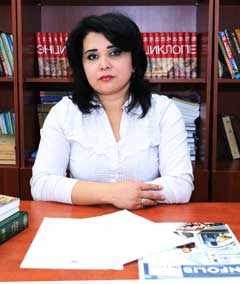 Head of the centre

Information Resource Centre – IRC (by 2007, the university library) was founded in 1955. The IRC fund consisted of hundreds of books on humanities, physics, mathematics, and chemistry sent from the electrotechnical institutes in Moscow, Saint Petersburg and Odessa. Buying books from the bookshops in Tashkent has been started this year. On January 1, 1956, the library fund consisted of 4395 copies of books, served 15 teachers and 153 students. Nowadays, it serves six thousand readers and users of electronic sources with only a reader’s certificate. Among the readers, there are students, the staff of professors and teachers, employees, graduates as well as students and teachers from other institutions of higher education, attendees of retraining courses, employees in the field of telecommunication. IRC gives the opportunity to read the books at home or in the reading rooms through the delivery desk service. IRC covers traditional, that is hard copy, and electronic information.

The electronic library consists of 3 halls: 2 halls for students (70 computers) and one hall for teachers and employees. Generally, through all departments it serves 12,000 readers. On average 520 readers use the library, and annual book delivery constitutes 240 thousand.

The library fund consists of approximately 323 thousand copies of books, brochures, magazines and CDs. Academic textbooks comprise 61% of the fund, scientific books – 32%, fiction – 5%, the other books – 2%. Annually, the library buys 6 thousand books, and subscribes to 50 titles of magazines and 65 titles of newspapers.

The library carries out different kinds of activities and methods with the readers:

The library offers the following to the readers: traditional catalog of the library’s book collection (systematic and alphabetical), systematic files of articles on communication, thematical files of queries on the present life of the Republic.

In recent years, great attention has been given to the application of information technologies and computerization in the process of library-information. Preliminary steps in this sphere were taken in the ‘90s of the past century. In December, 1998, collaborating with Antverpen school on the project Libanta, reading room for graduates was founded. 2 computers, TV-set, tape-recorder, a big collection of video cassettes and laser disk, books in English, IRBIS program and an electronic version of UDK table have been bought. In the course of Libanta project, a seminar was given by the specialists of the Russian National Public Library for Science and Technology, with the participation of librarians from major libraries in Tashkent. From then on, a creation of electronic catalog in the library of TUIT has been started. In 2001, the university began to create its electronic library. The library of TUIT continues to serve the needs of its readers and to apply different approaches and new methods in its work. The librarians have been awarded certificates of honour for a number of times.